The first official screenings of Who Killed Chea Vichea? in Phnom Penh in Khmer and in English, below, were canceled after the government threatened deportation of any foreign nationals and arrests of any Cambodian nationals involved. See later posting. 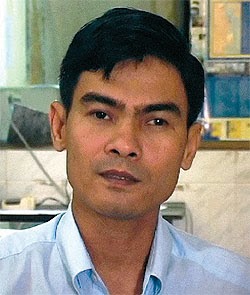 10th Anniversary Commemoration
and Screening of
WHO KILLED CHEA VICHEA?

Was going to be at
Cambodian Center for Human Rights
798 Street 99, Boeung Trabek, Phnom Penh (map)

The welcome would have been by Rong Chhun, President of the Cambodian Federation of Unions.

Both screenings would have been followed by Q&A with:
Sponsored by
Sithi Hub/CCHR
The Overseas Press Club of Cambodia